other things of note

I got some new chickens.  They are Kourtney, Kim, Klhoe, and Rob.  Along with Kate, the last chicken standing, they are the Kardashian-Olsens.  Kate doesn’t seem to like them very much. Or, at least she is very busy squawking at them.  Not to busy to lay eggs, though, for which I am grateful.  Chickens are sort of a pain, but buying eggs is bullshit.

Inspired by my recent visit to Indigo House, I put up some tomatoes. It was really a great deal I happened onto. See, the nice lady at my CSA has been too busy growing tomatoes to can any of her own, so she gave me about a million tomatoes and I did the canning and we will split the jars. Perfect, yes? Yes.

I used ye olde internetz and found these guys, whose canning deal looked do-able, and I dove right in.  I have 8 pint jars of Juliets, which are like romas, and 8 quart jars of some other sort of tomato.  It really wasn’t that hard, although I did have to reprocess a few jars whose seals were for shit.  I am pretty proud. I am also hopeful that I don’t give my nice farmer family botulism.  As a side note, I’ve discovered, given my n of 3 (me and those two nice guys in the above link), that gay people like to can tomatoes.  Also, we like to drink beer and eat chinese food.

Summer is ending.  Now, don’t think for a minute I had the summer off.  The mortgage still has to be paid.  So I did a little summer camp and it was fine.  Only until noon, which is almost like not work.  And only six weeks, so I could return to the classroom refreshed.  Re.  Freshed.  Or something.  Anyway, I went to school for a bit yesterday, to tidy a little for the parent meeting that was scheduled for the evening and I ended up hauling around a bunch of furniture.  All new in September, kids!  Well, it would be all new to them anyway, since they are so small.  It’s not done yet by a long shot, but I think I’ve made for an easy work week for me and cho-girl.

And to round out this all about me post (really, are there any post that are not all about me?), I have my annual summer spider bites.  Oozy and itchy.  There’s no picture.  You’re welcome.

So, yeah, not pregnant. And now out of embryos. You’d think I’d feel worse.

I mean, I did. I did feel worse. I started to cry on the phone with the nurse. I sat on the couch and cried while alerting the media that this trip was motherfucking over, man. I felt sad and lost and alone (wow, the alone part…. yeesh) and disappointed and weepy and then stuffy from crying and sad and really sad and really, really sad and shocked and a whole host of other things that I can’t come up with names for.

And then I got in bed. To hide, briefly.

And then the troops began to descend. A friend showed up and put me in her car and we got treaty coffees and then walked and took pictures and talked and I said lots of things I was feeling and she said lots of things that were very wise and then we got drenched in a summer storm and the sun came back out in the rain and it was like we were in some tropical-rainforest-paradise made up by a theme park only it was real life, y’all. Real fucking life. Better than you knew, right?

And then I went for fancy cocktails with another friend, and we didn’t talk about my infertility shit at all. By design or no, I have no idea, but it was pretty great.

And then a whole mess of my girls came over, which had been scheduled for a while, so it didn’t feel, thank you baby Jesus, like a pity party, but was really just great. Popcorn and whiskey for everyone! Well, they had wine.

Meanwhile, the internets kept checking in, which really does help. It does, internets. So thanks.

For the moment, I really think I am ok. No idea what happens now and I am certain the sad/alone/lost/etc will come and go according to no schedule at all. But, right now, I think I’m ok. 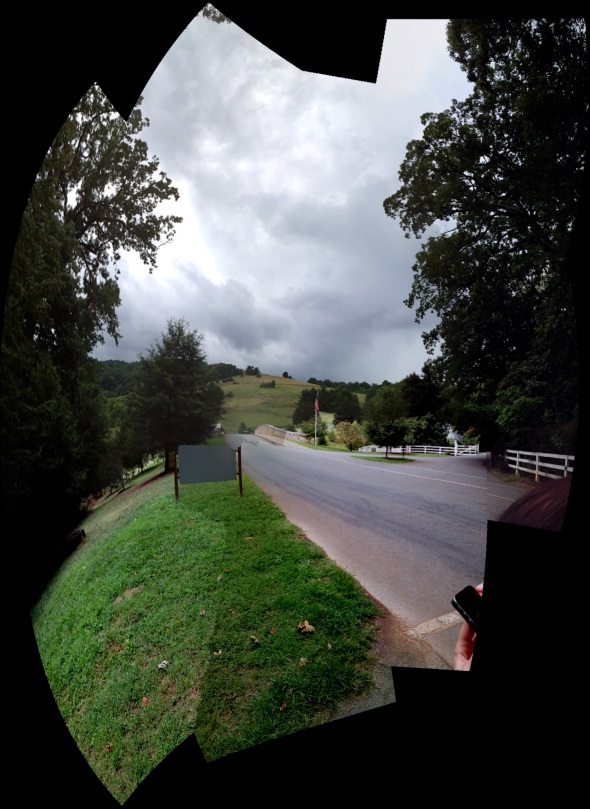 I’m not pregnant.  Really, this is the norm, so why stray from it?

Lest you worry overmuch, I am doing ok.  It sucks but I am ok.  Either that or the steroid euphoria hasn’t worn off yet.

I am currently waiting for tomorrow’s beta.  And fake-uphostering/slipcovering a chair.
I am taking, in no particular order:

I am feeling a little crampy

I am sleeping for shit and waking a million times a night to pee.  (One of the wonders of infertility is that the various meds one can take do all the things that various hormones would do if one were in the early stages of a “regular” pregnancy, thus producing pregnancy symptoms, regardless if one is knocked up or no.  Fun!)

I am pretty chill, re this cycle working, for no good reason.  Or maybe it is the “steroid euphoria”?  Whatever it is, I’ll take it.

I am doing restorative yoga with props brought over by T of Tuesday Fame.  Props are fun!

I am also doing some little qi gong, as per my acu told  me to.  First and second brocades, if you care about such things.  I sort of love it.  Or maybe that’s the steroid euphoria speaking.

I am getting a prog check with tomorrow’s beta, because if that shit is low, I want to bump it right away.
I am a little tired of my blog template.  Maybe I will fuck with it tomorrow.

Apparently, it is easier to dig a grave with a pointy shovel than with a flat one.  Or so I am told by my neighbor who is on his way over to bury my second dead chicken of the summer. They are old, these chickens, and there is only one left. Kate, if you must know. Although, to tell the truth, Ashley is still large and in charge down in Esmont, so there are really two men standing, title of this post aside.  Sex of the poultry also aside.

Now, I’ve had chickens for a while now, if you’ll remember.  There were these guys, who turned out to both be roosters and got sent to the country to have a chance at full free-rangey-ness and both ended up in their rightful place on the food chain via a hawk.  Then I got the big girls, Mary, Kate and Ashley, and then two random others from a friend, Valerie and Meghan, Jr.  Valerie took up the mantle of resident rooster with pride, stretching up to crow and hopping on the other chickens’ backs for Fun Times (What? You have a problem with my trans chicken?  Get over it.) but a raccoon or something got her all the same a couple years ago.

So for sometime there have been three.  Mary, who never laid any eggs and was sort of mean.  MJ, whose name had to be shortened, because otherwise it made me sad all the time.  And Kate, who laid occasionally, but went broody this summer and almost got put in a pot for her pains.

Mary died close to two weeks ago.  She was listless and hanging out on the ground one evening (next to a stick that I thought was a possum tail, which caused me to jump *and* scream *and* scrape my knee, which was The Best Story Ever to the children at camp that week), and then the next day she was dead when I came home from camp.  It was a little sad, and my roommate buried her over by the cats on the north side of the house.  She was old, and I wondered if there was something not right with her insides, on account of the No Eggs Issue.  Who knows.
And then, last week, Meghan, Jr.  started looking listless.  And pale, if you can imagine it.  And then she disappeared while I was on bed rest.  I sort of hoped that some animal had taken off with her – doesn’t that seem a more fitting way to die?  But no.  After 4 or 5 days outside in Virginia in August, I found her by smell, behind the crazy old painting of the Queen of Hearts that leans on the fence by the chicken coop.  Funny, it is easier to call her by her old, real name now that she’s dead.  She was a sweet chicken, she’d allow herself be held and would come running when I’d call to all of them.
Anyway, she’s going to be buried with everybody else.  I will have to expand that flower bed, man, it’s getting crowded over there.  I never thought I’d bury my chickens; they aren’t really pets to me in the way the cats are.  I mean, I like them; they are living things.  But I don’t love them the way I love the cats.  But I’m sadder than I expected about Meghan, Jr dying.  Not in a weepy, keening sort of way, but in a “wow, that animal’s life is over and we saw each other every day” sort of way.

Chickens are generally pretty accepting of the world in which they live, and tend not to judge others too harshly and cast proverbial stones like a bunch of raging hypocrites.

(just in case you need some additional hate-free chicken)

A post a week for the rest of the summer?

more art more of the time

Car drawing above by the lovely and talented Jess Rowe.